Editor's Note: This issue is the first three sections of the fourth novella of the Trevor English series. A free download of this novella can be found here. 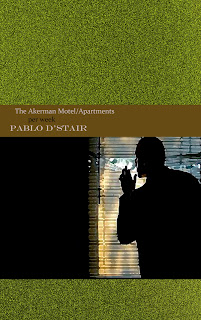 Trevor English is a series of five crime/noir novella that serve both as stand-alone titles and part of a larger five part arc. All five novella are released as FREE EBOOKS (and limited edition mass market paperback editions) and can be found HERE. In addition to this series,Pablo D'Stair is a writer of novels, shorts stories, essays, and dialogues. He is co-Founder of KUBOA (an art house press) through which his collection they say the owl was a baker's daughter: four existential noirs is available.
Posted by Chris Rhatigan at 9:42 AM